SaaS is a unique business model that comes with a lot of benefits as well as challenges.

The MRR or ARR gives you the ability to easily forecast revenue growth or contraction and there are natural opportunities for revenue expansion.

On the downside, when a customer stops buying from you, it’s more concrete. SaaS churn leaves little room for a user to come back at a later date.

That’s why it’s so important for you to get SaaS churn as low as possible from the beginning. If not, it’ll seriously inhibit your growth.

Before you can solve a problem, it’s important to know what causes it. In this article, you’ll learn the most common reasons for SaaS churn.

What is SaaS churn?

In SaaS, churn is the percentage of people who cancel their regular subscriptions during or at the end of the billing period.

It can be calculated for any period length but the most common are monthly and yearly churn calculations. Within churn there are two major types:

It’s important to know the difference if you have multiple pricing plans or a complicated billing model.

At first glance, these seem like the same thing. If you lose a customer then you’ve lost revenue. This is true but not every customer is worth the same amount to your business.

Can you see why it’s important to track both types of churn differently?

Let’s look at some of the leading causes of SaaS churn.

SaaS has created a fundamental shift in the software industry. Companies no longer sell products to customers once and call it quits. Now, the customer contract is renewed regularly.

This makes it easier for customers to reach out to customer support because it’s something they’re paying for on a regular basis. At the same time, it incentivizes SaaS companies to step up their customer support game.

If your support team is slow, isn’t knowledgeable about the product, or otherwise lacking then your customers will consider another vendor. If the problem isn’t addressed in a timely manner then they’ll leave. Not only that, they’ll be sure to warn other potential customers about your support (or lack thereof which will compound your saas churn problem.

Always strive to deliver an exceptional customer service experience for all of your users.

Believe it or not, relationships are just as important with SaaS companies which deliver their solution and interact with customers over the internet as they are for brick and mortar businesses.

I’d argue that they’re more important because when you walk into a store, it’s more tangible. You can see the people you’re interacting with. With SaaS, you’re looking at pixels, interfaces, and data packets. It’s impersonal, to say the least.

Build bridges between your customers and your company so they don’t feel alienated. Make sure they understand you’re there to assist them. You have their best interest at heart but if you don’t make that clear then they’ll never know.

There are many ways to build these relationships but it starts with the type of onboarding you set up. If it’s lacking, doesn’t address their needs, and feels hastily put together then it’ll negatively affect your churn rates.

If it’s thoughtful and invites the new customer to interact with humans at multiple touchpoints then it’s possible to build a long lasting relationship with customers. When that relationship is there, they’ll give you a lot more slack. When it’s missing, they’ll leave at the slightest sign of trouble.

This is also known as delinquent churn and is a serious problem when it comes to SaaS billing. Customers put their credit card details into your application once and forget about it for months or years. In fact, the only time they’re serious about updating their details is when they want to cancel the plan.

30% or more of your customer cards may expire every year which means there’s a chance those customers leave through no fault of your own. There are systems in place to help prevent this such as automatic updaters but they’re not perfect.

Instead of leaving it to a system you have no control over, be sure to implement your own dunning messages. Dunning messages are a method of communicating with customers about overdue accounts and there are two types:

It’s up to you to determine which type of dunning messages you use.

Note: pre-dunning messages should only be used under special circumstances because they’re poorly received by most users.

This is less common in SaaS that’s targeting SMBs but can be a real concern with enterprise customers. The enterprise sales cycle is usually much longer and requires a company champion.

If that champion leaves the organization then the person who replaces them may want to change the software to fit with their work style and needs.

This kind of SaaS churn can be sudden – especially near the end of a contract. To prevent it, try to insinuate yourself deeper into the organization or get multiple champions.

SaaS churn has many causes that may not be immediately obvious. Without knowing the root causes, it’s almost impossible to fix them.

This post has outlined some of the most common reasons for SaaS churn. Compare them to what you’re seeing and whether or not it’s affecting your business.

From there, start implementing strategies to curtail it before your business suffers as a result.

Let me know the things you’ve seen that create churn in the comments and don’t forget to share. 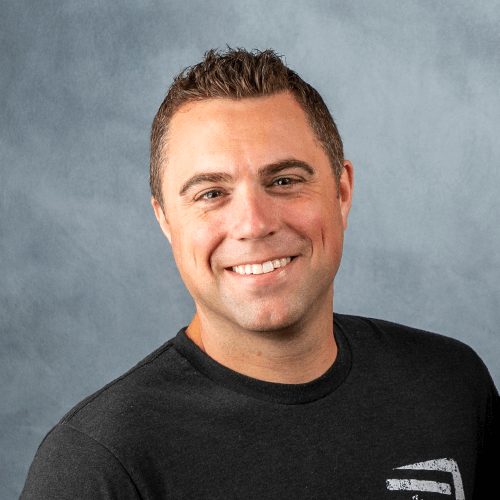 Mark Thompson is the co-founder of PayKickstart.com – a SaaS that is reinventing the modern-day shopping cart and affiliate management, helping thousands of businesses and Entrepreneurs sell more, maximize customer lifetime value and automate subscription commerce.

Mark has spent over a decade in the world of marketing and software, selling over $20+ million of his flagship training programs and software.

How to Optimize Your SaaS Pricing Page.

What is M-Commerce and Why You Should Care.

How Your Value Proposition Can Affect a Customer’s Willingness to Pay.

Event-Based Billing: Are We On the Cusp of a New Trend in Billing?.

How Long Should my Free Trial Be?.

We use cookies to ensure that we give you the best experience on our website. By using this website you agree to our use of cookies.I UnderstandLearn More