3 Types of Conversion Funnels and What Works 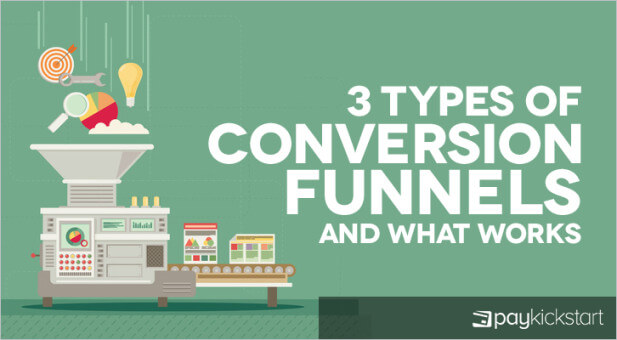 When it comes to internet marketing, you’ve probably heard what some may refer to as a ‘buzzword’:

It’s one of the most misunderstood terms in the industry, and it’s haphazardly thrown around often to describe the trickle of customers from lead to sale. But this word is more than just an idea; it’s one of the most essential setups for converting users to actual, paying customers, and it is the focal point from which most of your marketing tactics are formed.

The bottom line is this:

Whether or not you know it or believe it, every business has a funnel.

If you don’t believe me, then sit back for a second and think about your sales process. Do you have a multi-step process to making sales? From customer acquisition to lead generation to conversion, you (in all likelihood) have a process that leads a prospect from beginning (awareness) to end (sale).

There are a few solid descriptors that go with each and every funnel. Yes, we said ‘every’ funnel, meaning that there are a ton of different types of funnels out there. But let’s get back to basics:

You’re not taking a cold lead and turning it into a paying customer without some sort of intermediary step like awareness, interest, or conversion. Funnels work on the idea that there’s a fluid process that whittles down your original target group through a series of steps towards your sales. The best funnels anticipate each step with precision.

Funnels operate on the fact that not only are they multi-step, but they’re multi-elemental in terms of the campaign process. You’re utilizing many elements of a sales campaign like appointments, landing pages, emails, etc to get to the end-goal.

You’ve probably not seen a funnel where it’s pinched off at different sections (and if you have, then you can probably guess why they’re not popular). There’s a seamless transition from one part of the funnel to the next, and that goes the same for the idea of a conversion funnel as well.

With hundreds of different types of funnels out there, it’s hard to figure out exactly where you’re supposed to start and how you’re supposed to pick one that’s right for your business. The fact of the matter is that there are hundreds of versions of funnels, but the most successful of these funnels work on the same funnel blueprint (with tweaks here and there to make it appropriate for your own business).

Digital Marketer’s Richard Lindner has optimized literally hundreds of funnels for companies, and he’s found that, categorically, these three conversion funnels are the most efficient:

That’s right – every business utilizes one of these three categories of funnels for conversion purposes; the end-goal for each funnel determines what exactly you’re converting your target to do. Whether it’s joining your customer base, buying your product, or spending more money, you’ll need to have a funnel to get the job done.

You may have each of these funnels operating at the same time, targeting different types of people in the market. Or you may need to focus on one funnel in particular (say, the acquisition funnel if you’re a brand new business). Think about your most pressing needs at the moment or your company’s biggest goal, and you’ll likely find that one of these funnels fits that goal perfectly.

Let me be clear, though: The end-goal is ONE, COHESIVE FUNNEL. But before you jump the gun, it may be more prudent to focus on one of the three funnels first to strengthen the big-picture funnel.

Ask yourself the following:

If the answer to the above questions is yes, then the acquisition funnel may be the best place to start. There are a ton of funnels you can use within the ‘acquisition funnel’ type to grow your prospect/leads lists. One of the most successful funnels to use here is the ‘Splinter Offer’ Funnel.

The Splinter Offer Funnel is as the name implies: You’re splintering off a large-purchase product into smaller chunks that may be more palatable to cold prospects. For instance, if you’re offering a marketing course online, it may be a hard sale for a customer to buy into the big purchase. By breaking the course into smaller chunks like ebooks, for instance, you’re more likely to get a bite. And offer these items in exchange for something like their contact information rather than just money.

Think about it like this: You’ve got a group of people who are in the market to buy a car. As a car salesman, you won’t just walk up and ask them to buy the most expensive car on your lot. Instead, you’ll take them on a test drive. It’s a low risk offer to start, and it helps warm them up to the idea of making the bigger purchase.

This type of funnel is not meant for activating new buyers or monetizing your current buyers. It’s optimized for beefing up your prospect list. If you’re looking for the former, then it’s time to look at the other two funnels.

The Goal: CONVERT LEADS to BUYERS

So you’ve got your group of interested prospects. A huge list of prospects isn’t going to pay the bills. The conversion process can be one of the most difficult, but it’s the best way to grow your buyer list. Understand that once that first purchase is made, it’s much easier to get further purchases from that buyer, so this funnel is essential to the ongoing and continued success of your sales.

Many prospects get hung up on the thought of ‘Why should I buy NOW?’. To activate these leads, you’ll need something a little extra to push them over the edge, and one of the best types of funnels within the activation funnel category is a ‘Flash Sale’ Funnel.

A Flash Sale Funnel capitalizes on the feeling of anxiousness and excitement that goes along with a limited time offer. Deep discounts or offers with a quick expiration can turn thought into action quicker than most anything else.

Think about it: What makes Black Friday so popular? It’s the combination of huge, once-a-year discounts with limited time offers that makes this the biggest shopping day of the year. It’s a Flash Sale Funnel, and it’s become the blueprint for Activation Funnels nation-wide.

Not sold yet? You’ve probably heard of Groupon. Again: Steep discounts, limited time offers. At the same time, Groupon has learned to capitalize on the quick checkout processes as well. People can easily push an ‘add to cart’ button, and they don’t even have to wait in those long Black Friday lines anymore.

To really get your Activation Funnel moving along, use a checkout program in conjunction with your Flash Sale that reduces the amount of steps (or barriers) to the purchase. We recommend Pay Kickstart because it integrates with the most-used digital payment methods, so customers simply have a one-click checkout that separates them from the sale.

This is where your hard work in the acquisition and activation funnels pays off. Monetization turns your paying customers into bigger spenders. Think: movie theater upsales and restaurant suggestive sales. Your customers are already here; now it’s time to up the ante.

If you’ve got a high-ticket product, you’ll likely acquire the sales from your indoctrinated leads (or existing buyers — same difference). Your $20,000 product is likely not going to be purchased by a first-time buyer. The monetization funnel hones in on your existing client base for bigger sales.

One of the best ways to do this is asking one simple question:

Your existing buyers probably already have needs, so you’re going to gently and non-invasively ask if they need assistance with a further item. You’ve warmed them up with the test-drives; now it’s time to push for the car.

Ok, so you’ve got your three funnels:
1. Acquisition
2. Activation
3. Monetization

But your business really wants to operate as one, cohesive funnel. You can break down your main conversion funnel into these three smaller ones, but at the end of the day, you want to try to mesh them into one, seamless, frictionless funnel. Beef up each of the three smaller ones and then integrate them into the larger plan.

You tell us: What funnels have you used within these three categories that worked for you?

Mark Thompson is the co-founder of PayKickstart a SaaS that is reinventing the modern-day shopping cart and affiliate management, helping thousands of businesses and Entrepreneurs sell more, maximize customer lifetime value and automate subscription commerce. Mark has spent over a decade in the world of marketing and software, selling over $20+ million of his flagship training programs and software. 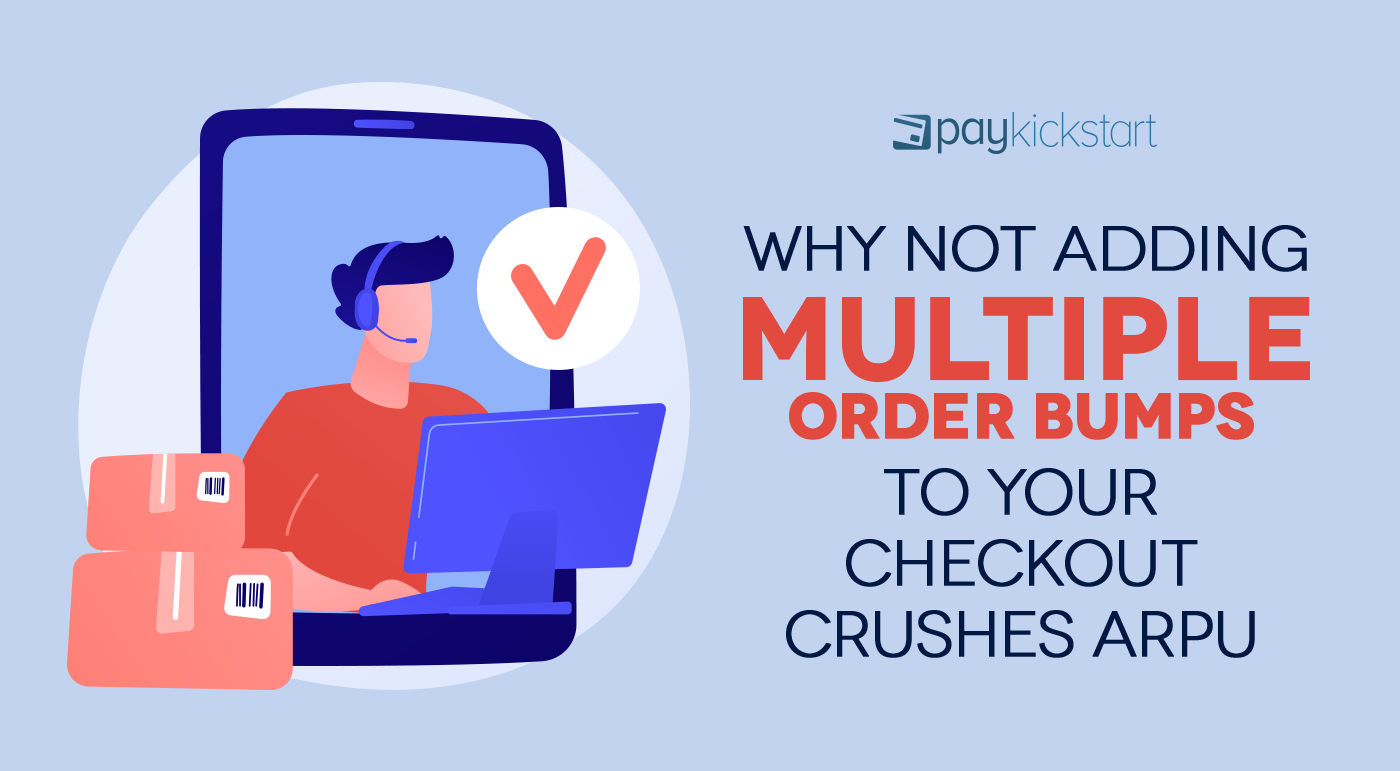 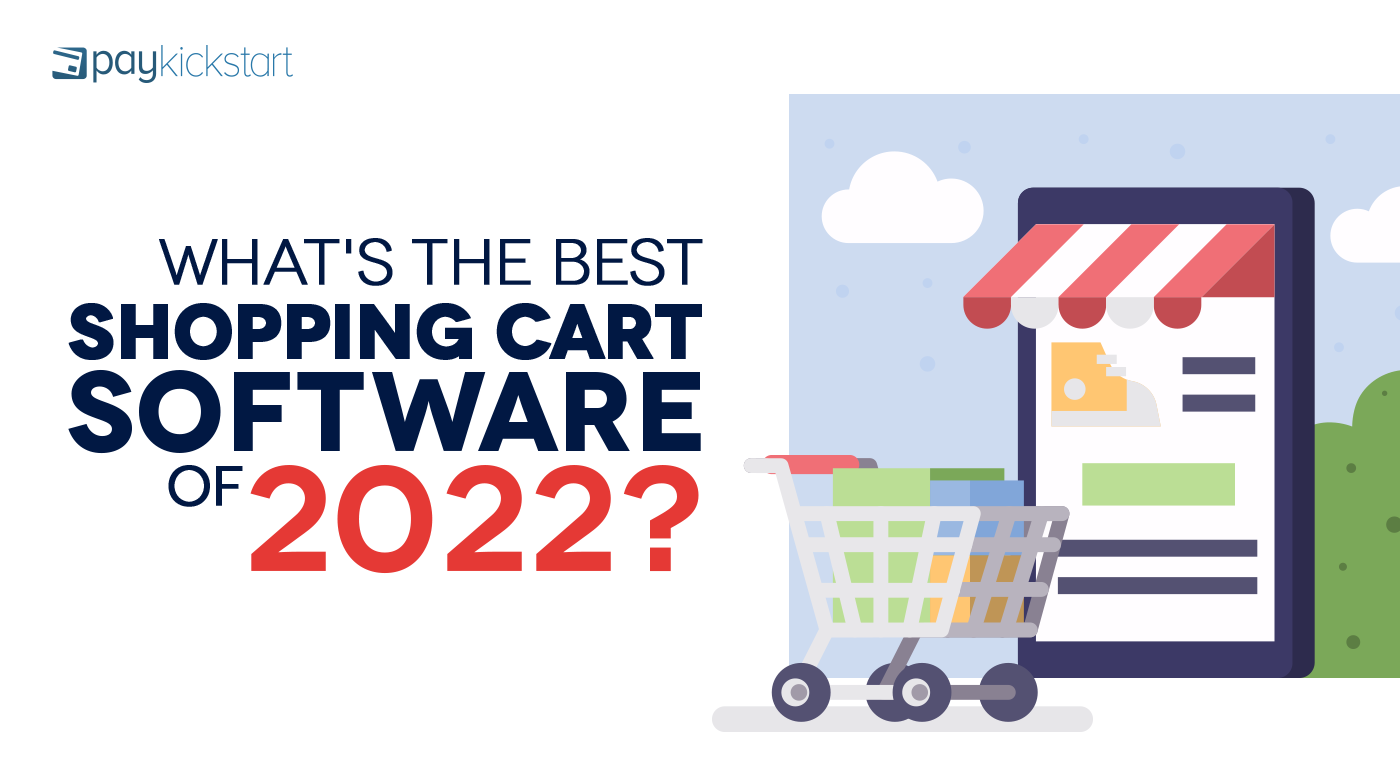