SaaS vs PaaS vs IaaS, Explained

If you’re involved in tech then you may feel overwhelmed at times by the sheer number of acronyms. There are so many that it can be difficult to keep them straight. And these acronyms are often used to describe concepts that are quite similar in practice.

Take SaaS, PaaS, and IaaS, for example. All three describe the delivery of various technologies through the cloud. All three also center around “as-as-Service.” That’s where the the a-a-S comes from. However, despite their similarities, PaaS, SaaS, and IaaS are quite different from one another. Choosing between PaaS, SaaS, and IaaS depends heavily on your situation, capabilities, and needs.

SaaS Vs. PaaS Vs. IaaS visualized.

Let’s take a look at all three so you can learn the differences and narrow down which is right for you.

Software-as-a-Service is probably the most well known of the three cloud technologies we’re examining. Just about everyone has used SaaS at some point. Common examples include Google Apps, Dropbox, and Office 365. PayKickstart’s shopping cart solution is also a Software-as-a-Service.

SaaS refers to complete software delivered over the web. When you use PayKickstart, for example, our entire shopping cart is delivered online. You don’t have to install software locally. And while PayKickstart offers a ton of advanced features and is highly customizable, our solution also works right out of the box. You also don’t have to worry about updates or maintenance, we handle all of that for you.

PayKickStart is an example of SaaS.

PaaS and IaaS, on the other hand, are not out of the box solutions. Let’s take a look at these.

Platform-as-a-Service, or PaaS, offers a framework that developers can then build upon. This way, developers can build custom applications for specific needs. However, because developers are building upon a platform, they don’t have to start from scratch.

Take Google Apps, for example. While there are many SaaS products you can use, such as Google Docs, you can also access the Google App Engine, which is the platform that these apps are built upon.

Wolfire Games, for example, built a bundle of games, the Humble Indie Bundle, on the Google App Engine. The bundle was initially free to use for 12 days and Wolfire managed to generate 3.4 million page views and over $1.2 million in revenues. Using the Google App Engine, Wolfire could focus on building games. As Jeffrey Rosen from Wolfire put it:

“As an independent video game developer, it’s pretty crazy to have these resources at my disposal. While I’m confident in my Python web coding ability, I am definitely not confident in being a Linux sys-admin and committing to an expensive server that may or may not handle the load properly (especially scary when critical data is involved). This upfront risk and steep learning curve would probably have been the straw that broke the camels back and turned the bundle into vaporware.”

Other examples of PaaS include Windows Azure, AWS Elastic  Beanstalk, and Apache Stratos. Each platform offers its own unique advantages and also limitations.

Infrastructure-as-a-Service, or IaaS for short, offers fully self-service infrastructure on demand. This could include, for example, servers. With IaaS, the customer takes complete control of the resources. However, they do not have to physically maintain or manage the hardware.

If you use IaaS, your service will be housed in a server farm.

Sticking with servers, if you use IaaS to deliver server resources, your server will be housed in a server farm somewhere. You’ll access and use your server via the cloud. You will have to manage certain aspects of the software, such as middleware, data, and runtime.

Benefits of the as-a-Service Model

Shortly, we’ll go over the differences and exclusive benefits for each as-a-Service model. However, first, let’s outline some common advantages. As-a-Service models are highly scalable. If you need to add more users, server space, or whatever, you can usually do so with ease.

Whether or not you should use SaaS, PaaS, or IaaS comes down to your specific situation. In some cases, you may use each as-a-Service alongside one another. For example, if you run an ecommerce store, you might integrate a SaaS shopping cart into your website and also use IaaS servers to host your site.

Your Responsibilities Are Different SaaS, PaaS, and IaaS

Let’s take a closer look at the differences between each of these services. Your responsibilities can vary substantially between each type of service. With IaaS, for example, you are responsible for essentially everything except managing the infrastructure.

With SaaS, on the other hand, you don’t have to manage anything beyond your own accounts and data. The applications, operating system, and everything else is maintained for you. You simply use the service. PaaS offers a go-between. You will have to develop your own applications but will do so on an existing platform.

So how do you determine which one is right for you? Let’s take a look.

Choosing the Service That’s Right For You

If you want to build a custom system or application IaaS or PaaS may be right for you. When do custom applications make sense? Usually, custom software is needed when there is no out-of-the-box software that will meet your needs. Companies who are developing advanced artificial intelligence, for example, often build their AI applications from scratch. Why? Because AI is an emerging field so there aren’t many PaaS offerings. However, AI-as-a-Service is an emerging field.

However, for most businesses in most situations, their needs can be met by an existing solution. The next step then is to determine if these existing solutions are cost-effective or if it makes sense to build a custom solution.

Take shopping carts, for example. PayKickstart offers a feature-rich, out-of-the-box shopping cart that can quickly be integrated into your website. You can start accepting and processing secure payments right away.

Would it ever cost effective to develop your own shopping cart? Maybe. PayKickstart charges an affordable, flat monthly rate. However, many shopping carts charge not only a monthly subscription fee but also charge a percent of the transactions. One of our competitors, for example, charges 30 cents plus 2.9 percent per transaction.

These costs can quickly add up. Large stores that process high volumes and values of sales might be better off developing a custom shopping cart. Or, they could use a flat-fee service like PayKickstart.

Another option would be to use a shopping cart PaaS, like Magento ECE. This would reduce development time and costs. However, compared to using a SaaS, deploying a PaaS would be quite intensive.

Saas, PaaS, and IaaS each offer their own unique advantages and drawbacks. When selecting a service solution, make sure you closely consider your situation and which will work best for you. Make sure you understand the full costs of each solution, including development and maintenance costs. In most but not all cases, SaaS will offer the best solution.

If you need a cost-effective shopping cart, PayKickstart’s SaaS solution is perfect for most ecommerce stores. Not only does PayKickstart charge a flat, affordable fee but our shopping cart offers many upselling features, a powerful data analytics platform, and other tools you could use to take your business to the next level.

Product Photography How to Make Your Products Stand Out.

5 Scenarios When to Use Numpads at Checkout For Mobile Users.

How Including Upsells and Downsells can Increase your Bottom Line.

How ROAS Can Effectively Measure the Success of Your Ad Campaigns. 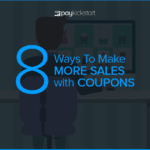 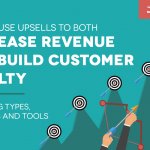 How to Use Upsells to BOTH Increase Revenue and Build Customer Loyalty: Upselling Types, Examples and Tools 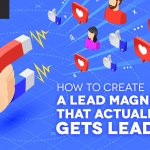 How to Create a Lead Magnet That Actually Gets Leads? 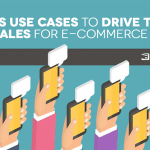 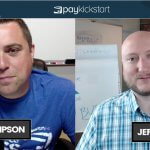 How Expert Speaker, Coach, and Entrepreneur Jeff J Hunter Increased His Revenue by 5X using PayKickstart
We use cookies to ensure that we give you the best experience on our website. By using this website you agree to our use of cookies.I UnderstandLearn More